In 1973 Tineke van Geel taught her first folk dance classes, a bold attempt at high school because 'she danced really well'. It was the debut that led to getting her official diploma in 1977. Years later she developed a particular interest in Armenian dances and decided to travel to Armenia to do research. To date she remains actively involved in dance research in Armenia which has made her a world renown specialist of Armenian dance.

Since 1985 she has regularly visited Armenia to study folklore at the Pedagogic Institute and Choreographic School in Yerevan. Part of each research trip was devoted to working with several amateur groups in Armenia and doing research on costumes. Two research trips were funded by scholarships of the Dutch government. A number of times Tineke visited the United States to observe the dances performed by the Armenian communities there.

In 1987 she took a special exam which enabled her to acquire a degree as graduate of the Dance Academy without formally completing the education.

Tineke is a very good pedagogue and manages to break down dance patterns step by step to enable every student to master the dances and to experience the joy of both learning and executing this exciting material. Her vast knowledge of Armenian dance and culture combined with her relaxed and clear teaching have contributed to her worldwide success and popularity as a guest teacher. Besides giving workshops in 12 European countries she taught in the USA, Canada, Australia, New Zealand, Taiwan, Hong Kong, Singapore, Malaysia and Japan. 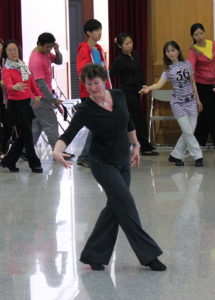 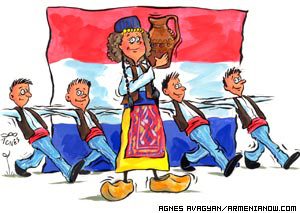 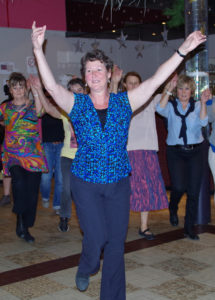 Her classes include workshops for students of various levels, from beginners to professionals, and she has taught classes in International folk dance, Dutch and Armenian dances. In addition to teaching Tineke has taught and choreographed for the professional group in Amsterdam Het Internationaal Danstheater and appeared as guest teacher at the dance academy in Kuopio (Finland).
Her activities did not remain unnoticed in Armenia. In 2006 she received an award from the Armenian government for her extraordinary devotion and energy in promoting Armenian dance, music and culture.

A lot of dances she researched in Armenia have never been recorded. Therefore bands from Armenia were invited to The Netherlands which led to the production of CDs with Armenian music on Van Geel Records label. Recently these programs are also made available on DVD.
In January 1986 she published a book in Dutch on Armenian history, culture, dance and costumes (out of print).

Tineke has also organized and conducted very successful dance and culture tours to Armenia which have been attended by hundreds of participants from all over the world.

Armenian dances are characterized by a circle or line formation and can range from lyrical and graceful to powerful and masculine. Besides mixed dances, there are men's and women’s dances. The dances often have arm movements and therefore some dance experience and knowledge of basic steps is recommended.

Armenian music is appealing to western ears and has a large variety in sound. Traditional instruments as kamancha, kanoun, ud, duduk, zurna and dehol are typical for Armenian music.